The Apple Watch Series 5 – it’s come a long way but should you upgrade?

The Apple Watch Series 5 – it’s come a long way but should you upgrade?

The first ever Apple Watch was released in April 2015, the announcement of its release came seven months earlier by Tim Cook at Apple’s now infamous September Keynotes alongside the iPhone 6, and was destined to be “the next chapter in Apple’s story”. Rumours had surrounded the release for months prior to that, and it was argued by many to be the biggest announcement since the iPhone itself. It was Apple’s first foot into the world of wearable tech, and six years on, we see the announcement of the Apple Watch Series 5.

So what’s new and what do we know about the Apple Watch Series 5?

The new Apple Watch Series 5 is available to order online from today and will be available in stores from 20th September.

No visible changes to the general aesthetic, although the Apple Watch Series 5 will come with the widest selection of straps and styles. There will be aluminium models made from 100% recycled aluminium, and new Nike and Hermes models for the sporty and stylish consumers. The biggest change is the introduction of a Ceramic White version.

Possibly the biggest change in the Series 5 is the introduction of the always on retina display which will dim when the wrist is lowered, simply tap or raise your wrist in order to make it bright again and access notifications.

Continuing its health and fitness efforts there are a handful of new features including new health studies which people can opt into. Apple made it clear that it’s opt-in only and Apple will not be able to access any personally identifiable information. The cellular Series 5 version will come with international emergency calling in over 150 countries allowing you to call for help even without your iPhone. Also for the first time is a built in compass to help with directions and app integrations.

With the always on retina display, we haven’t seen an increase in battery life however Apple are confident that the battery will still last for 18 hours like previous models.

Who is the Apple Watch Series 5 for?

Apple has been carefully carving the roadmap of the Apple Watch for a number of years, and it seems that with the new watch, they are continuing down the route of the health conscious consumer. With the new health studies, enhanced fall detection and international emergency calling in over 150 countries, it seems clear that the Apple Watch Series 5, will continue to grow its health conscious audience who are looking for a trendy watch. 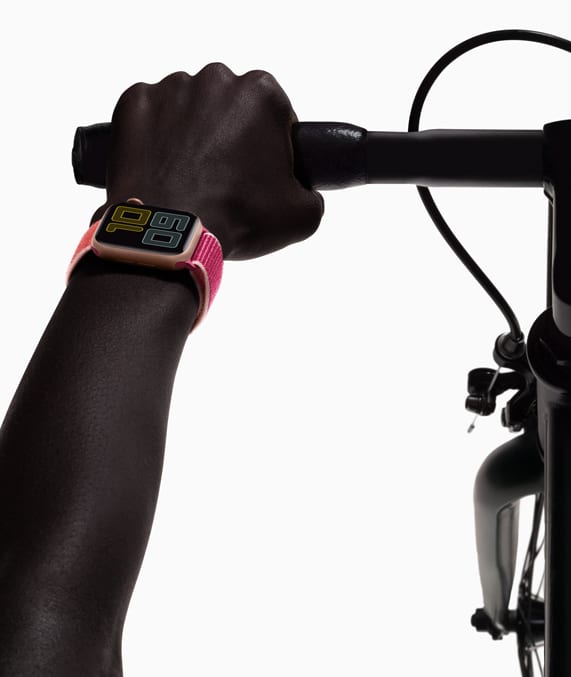 The history of Apple’s Wearable Devices

With the recent announcement of the Apple Watch Series 5 in Apple’s keynote speech features an always on retina display, we thought we’d take a look back at the major differences of the previous series.

The original Apple Watch saw the unique combinations of bands, watch faces and expertly crafted case styles that allowed us to create our very own personalised Apple Watch; a precise timepiece that opened the door to a whole new world of communication.

After the series zero came the series one where we saw the introduction of a new, faster processor, a GPS receiver to record our exercise, under-water capabilities and a lower starting price making it available for the masses, it was a big change and this is really when Apple’s wearable tech started to take off.

The third generation saw a lot of technical updates to chips, processors and ram but we also saw the introduction of the altimeter for measuring the amount of stairs climbed and Apple really started to carve a niche in an active audience.

The fourth generation had thinner bezels and was altogether slightly rounder the redesigned black ceramic case held an even faster operating set up and a new electrical heart sensor which was the first ever ECG system on a consumer device that received clearance from the US Food and Drug Administration. 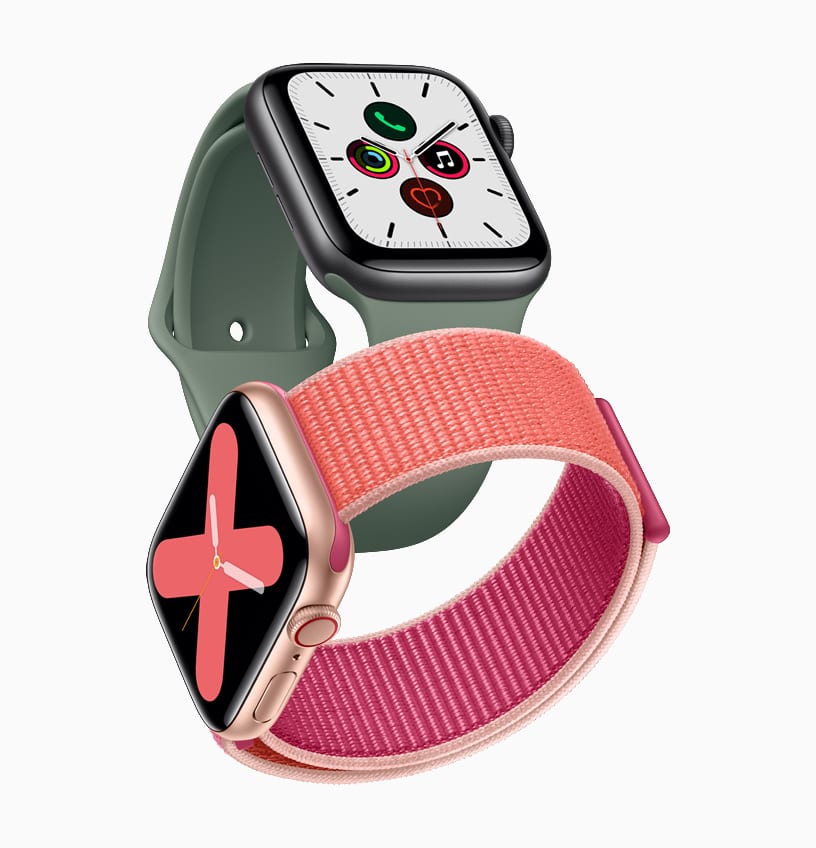 Were the rumours true?

Given the huge amount of speculation proceeding Apple’s Keynote, we thought we would go back through the news and find three rumours to see if the critics were right.

MacRumours discovered that Apple had registered four new models of the watch with the Eurasian Economic Commission which had us thinking there was big change afoot.

Maybe not completely new models however there are a number of new straps and styles including the Ceramic White and 100% recycled titanium models.

9to5Mac pointed out that Apple is likely to release a new sleep tracking feature for the Apple Watch which will utilise the existing heart rate sensors to track data on how we sleep. However, if we’re going to be leaving our watches on longer now, does this mean the battery will be lasting longer too?

Sadly no sleep tracking unfortunately however with the existing sensors, this could be addressed with an Apple Watch OS update in a matter of time.

Possibly one of the more futuristic of predictions, spotted by Cult of Mac is the potential addition of “smell recognition abilities” using the built in sensors and artificial-intelligence. Some have said that on a day-to-day basis, this would help let you know if you’re about to eat rotten food which would be an interesting addition.

No smell recognition however with the Apple Health Studies, your watch could monitor your sound levels in order to generate new insights into how our hearing could be affected in the modern world we live in. 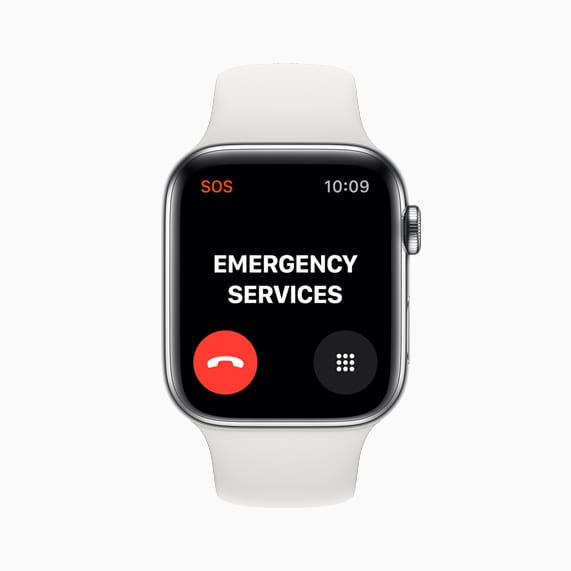 Should you upgrade and get rid of your old Apple Watch?

With the upgrade of Apple Watch OS there’s an argument to say, you’ll get a chunk of new features as standard however; if you’re looking to quickly check the time in a meeting without making the large gesture of lifting your wrist or want to keep an eye on your workout goals when you simply can’t touch the screen then an upgrade could be worthwhile. With new internals and the latest chip technology, it’s sure to be faster too, so it might be time to upgrade from your Series One and the international calling and introduction of a compass will no doubt be a great addition for the modern adventurer.